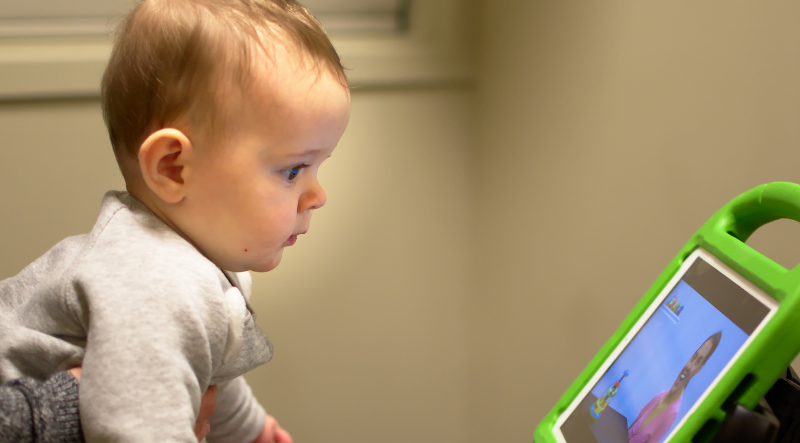 A mobile phone app that tracks a toddler’s gaze as she watches short videos can distinguish between children who later receive an autism diagnosis and those who do not with 90 percent accuracy, according to a study published today in JAMA Pediatrics.

Toddlers with autism tend to prefer to look at objects rather than people, previous eye-tracking research has shown. This same preference appears in children as young as 17 months who are later diagnosed with autism, the new study reports. The eye-gaze tracking app also showed that these children pay less attention to the flow of a conversation than their non-autistic peers do.

The app is not meant to diagnose autism but to help clinicians determine whether a child should be referred to a specialist for a formal diagnostic evaluation, says co-lead researcher Geraldine Dawson, professor of psychiatry and behavioral sciences at Duke University in Durham, North Carolina. “We’re still at the early stages in validating it,” she says.

Duke A+ study: An NIH Autism Center of Excellence Study